We’ve been waiting a very long time for a book like this.  Queer Nature is the very first anthology of nature poetry to center the experiences of LGBTQIA+ people from the 19th to the 21st century.  I’ve also been waiting awhile personally for it to be published, because it has a poem in it from my book Simples, which came out in 2018.  As I was doing research for that book, which centers the voices of women on the Great Plains in the late 19th century, I looked in vain for hard evidence of queer women on the prairie.  I know they were there.  There are hints, of course, but no specific stories.  So I used my poetic license, because that’s what it’s for, to write “Bottle Gentian,” which describes a lush flower/woman of the prairie, “sweet within/and bitter at the root.” I’m proud for my work to be in close proximity to some of my poetry heroes like Marilyn Hacker and Allen Ginsburg, and I am so thankful to editor Michael Walsh for choosing this poem.  You should also check out his latest work, Creep Love, a harrowing and beautiful and unforgettable book. 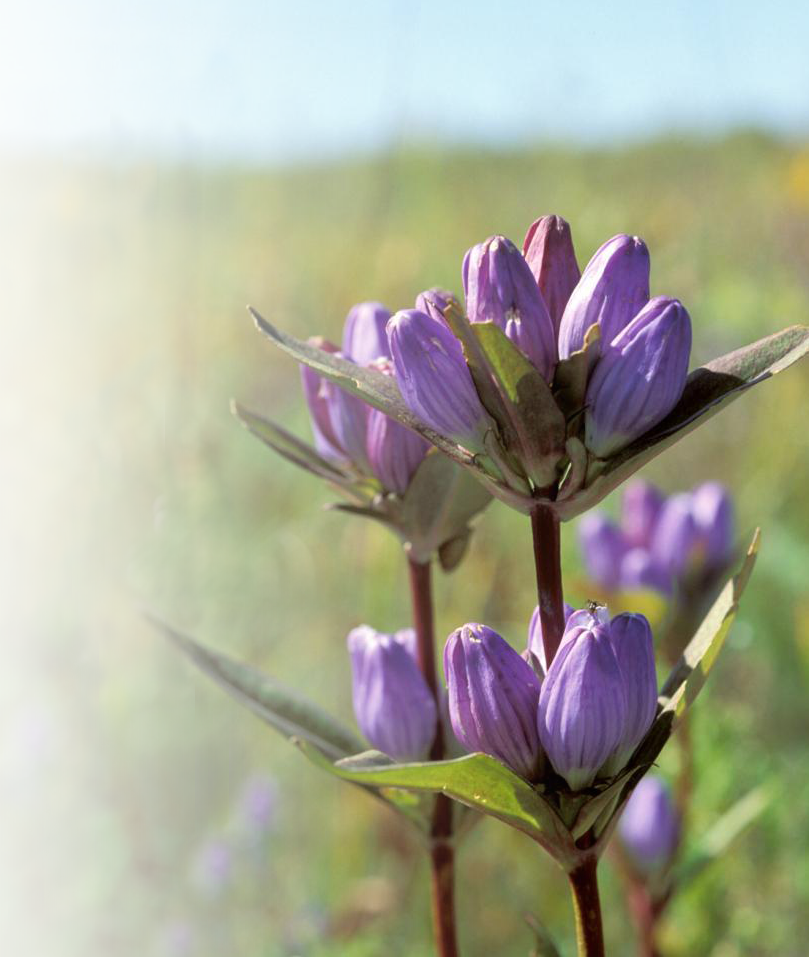 Because you come in late summer
to wither in an August frost
or wilt with October’s late fever,

Because you never fully open,
only the largest bees
are strong enough
to climb inside

to suck the last feast
of the season.

Closed petals clustered,
a handful of lanterns
above a strong stem.

Color of twilight
after the sun has dropped,
before the moonblack hours,
before the rustle of the coverlet,
the hand beneath the dress of night.

Because you come back
every year on winged seeds
to the rich low prairie,
to the mouth of the meadow,

Endless bud,
you are always beginning,
sweet within
and bitter at the root.

Because you closed
your mouth,

Because you let no one else
come inside,

Those who do not know you
would call you blind.

“It is because of my own work editing an anthology of writing about gender violence, that I’ve selected “The Hired Man” by KateLynn Hibbard as the cahoodaloodaling issue spotlight. “The Hired Man” is a poem of resistance, a resistance to gender violence, and the silence around violence against women done by men. Such poetry of resistance is necessary because it offers alternative narratives that are dangerous and subversive, narratives that critique violence myths that continue to perpetuate stereotypes. Such work does more than speak to power. It resists abuses of power. It enables a writer to claim power over stories that may be missing from the historical record and invites readers to trouble narratives told about the past.”

Check out this very cool online journal!  It was an honor to be included.

appears in the doorway
of the milking shed, a shadow
filling the square of light,
his face obscured, his eyes
unseen. Watching her. She turns
away, keeps milking, rests
her head on Abigail’s flank, listens
to her deep stomach rumble. Pulls
her teats, one, two, one, two,
rhythmic squirt of warm milk
in the pail and without warning
the stool is gone and she is sprawled
across dirty straw, the pail
upended, blue-white stream
gathering dirt as it rolls across
the cracked floor, her face pushed
into hay bales stacked
in the corner, muffled screams
withered on bitter wind, the tearing
of her muslin underskirt harsh
like an axe cleaving wood, she watches
the milk roll across the floor, when will
it end, then slow to a trickle, she prays
for God’s forgiveness, knows
she will soon be punished for losing
her morning’s work.